Miss Shirley's Cafe offers guests an upscale-casual and exceptional award-winning culinary experience for all-day breakfast, brunch and lunch. Our specialties are rooted in Southern fundamentals and the abundance of fresh ingredients from Maryland. We pride ourselves in beautifully presented plates, prompt and professional service, as well as clean, comfortable and well-maintained premises for our guests. 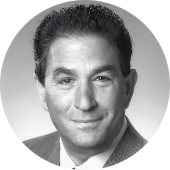 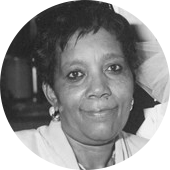 Established and created in 2005 by longtime restaurateur and Baltimore native, Eddie, as he was affectionately known, Miss Shirley’s Cafe was named in loving memory of a personal friend & inspirational team member, Miss Shirley, who passed away in 2001. Shirley, a food professional at The Beef Inn & The Catering People, was known for her sassy charm and sheer joy of preparing dishes for catered celebrations in the community. Both Eddie & Shirley's photos are hung on the wall of the restaurants as a tribute to their fun-loving working relationship. The Miss Shirley's Cafe Culinary Team crafts bold original recipes and seasonal menus that reflect both a southern flare, as well as our team's love of Maryland ingredients. The menu offers specialties including: Chicken ‘N Waffles, Shrimp & Grits, Crab Cake & Fried Green Tomato Eggs Benedict & Coconut Cream Stuffed French Toast.

Beginning as a small 42 seat cafe in Roland Park, Miss Shirley’s Cafe has become a passion for the management team & restaurant staff, who have helped nurture and grow the brand throughout its relocation & expansion to 513 W. Cold Spring Lane, into its three other locations at the Inner Harbor, Annapolis, and Baltimore/Washington International (BWI) Thurgood Marshall Airport expanded Concourse A.

By providing exceptional service, and preparing award-winning dishes, Miss Shirley’s Cafe has grown into a Maryland landmark sought out by both locals and visitors alike. As a family owned and operated restaurant, Miss Shirley’s Cafe aims to make all guests feel comfortable & included in their dining experience. The restaurant has become known within the community for its extensive allergy friendly policy, kid friendly activities & bento-style kids meal, seasonal pet friendly patio accommodations, as well as the availability of braille, nut free, vegan & gluten-free menus.

As a local restaurant founded on the principles of collaboration and community, Miss Shirley's Cafe is fortunate to be able to donate to a variety of Maryland schools, non-profits & charity organizations each year, in addition to providing an annual scholarship to a dedicated hospitality and culinary student.