In celebration of the 10 year anniversary of our original Roland Park location, coming up in May, we not only brought back past favorites from Miss Shirley’s original menu, but we are also planning a charitable campaign, “10 Months of Shirley’s Giving!”

We want to THANK YOU all for your continued support over the years, and give back some Shirley’s Love to 10 local Baltimore nonprofit organizations, throughout our anniversary year, starting in May and ending in February 2016.

To kick off our anniversary and the “10 Months of Shirley’s Giving” campaign, we will be honoring our founder and visionary behind Miss Shirley’s Café, Edward “Eddie” Dopkin, with a ceremonial street sign along the two block stretch of Cold Spring Lane. In addition to the street sign, we would like to give back to the Roland Park community, in the form of donating park benches, picnic tables or play equipment for neighboring Stoney Run Park.

Although Eddie was widely known as a popular and successful restaurateur in Baltimore, he was also a whole-hearted philanthropist and driving force within the community. Through Miss Shirley’s Cafe, Eddie donated to over 150 local schools, organizations, charities and fundraisers in Baltimore and the surrounding neighborhoods each year. "I don't think he ever said no to any charity or good cause," said former Roland Park Civic League President, David Blumberg. "He never talked about it, never used it as a wedge or a bragging point."

To community leaders in the Roland Park area, he was respected and admired for his boundless generosity and love for the community. “He helped build coalitions and find creative solutions to complicated problems. He was not afraid to act and to take risks when there was something important to accomplish,” said Phil Spevak, another former President of the Roland Park Civic League.

As a pillar in the business community of Roland Park, Eddie worked on countless neighborhood initiatives, including facade and patio improvements to businesses on Cold Spring Lane, as well as the addition of extra trashcans, which the restaurants maintained. He even pushed for the installation of specialized streetlights with receptacles to hang holiday decor and an attached pole to provide hanging flower planters for the street.

Eddie took ownership of the commercial strip and was committed to making Cold Spring Lane beautiful during all seasons by replanting flowers four times a year within the 2-block stretch. He also started the tradition of adding festive holiday décor and landscaping during holidays. He added pumpkins, corn stalks and hay bales during the Fall for Halloween, lighted wreaths during the holiday season for Christmas and colorful eggs hanging from the trees during the Spring for Easter.

To ensure the beauty and tidiness of the street and community, Eddie picked up trash along the roadsides on a daily basis, made regular calls to 311 to phone in anything in need of repair, and hosted a team trash cleanup at local Stoney Run Park. In the snow, he woke up in the middle of the night to clear the streets in his neighborhood, and on Cold Spring Lane, with his snowplow.

He was always happy to lend a helping hand to anyone in need of assistance. When the Roland Park Library needed a new roof in 2005, Eddie was quick to step up to the challenge. He organized a fundraiser called “Raise the Roof,” and helped the library earn the funds needed to install a new roof. He supported the local fire and police stations, as well as Loyola University Maryland, Johns Hopkins University and Towson University Athletics.

Eddie served as a board member of The Maryland Zoo in Baltimore, Visit Baltimore and The Restaurant Association of Maryland. He was the first President of the Merchant’s Association of Harbor Place, as well as President of both the Roland Springs Community Association, and Washingtonville Addition of Poplar Hill in the city, where he lived as a resident.

Eddie loved bringing joy to those around him, especially those less fortunate. He was on the Governor's commission to end homelessness, and was dedicated to feeding and donating to the homeless on his own by driving a truck down to Baltimore Street to hand out food and warm clothing on cold nights. Eddie even bought presents to bring to the children of St. Vincent's Villa, and took them all out to dinner and a movie on a shuttle bus, as a special holiday surprise each Christmas Eve.

In the words of Phil Spevak, “I hope he knows how much he helped so many and how this neighborhood, along with all others in Baltimore, will miss him.”

In memory of Eddie and all that he believed in, we look forward to taking this opportunity to continue his mission of giving back to the community, and those organizations he held so dear to his heart, with “10 Months of Shirley’s Giving.” 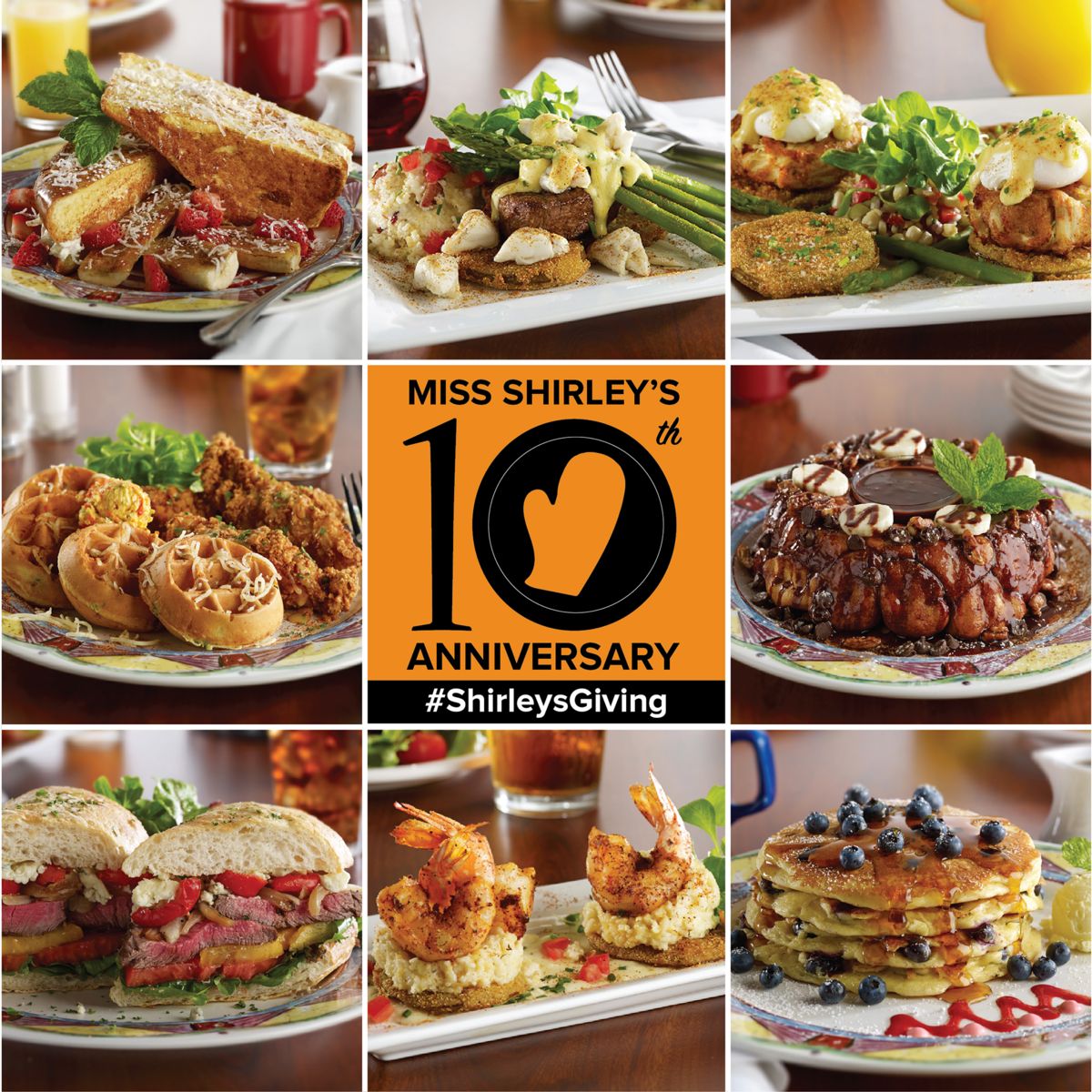