In an effort to show appreciation to loyal guests, supporters, and give back to the local community, Miss Shirley’s Cafe is excited to announce its “10 Months of Shirley’s Giving” partnership with Sponsor-A-Highway.

As part of this Charitable Campaign, Miss Shirley’s Cafe has teamed up again with Sponsor-A-Highway, to support their efforts in keeping our roadways and highways litter free. Miss Shirley’s added additional Road Signs in Roland Park, as well as in downtown Baltimore and Annapolis, to strengthen their commitment to the neighborhood, and to thank the community that has supported them for the last decade.

“Miss Shirley’s founder, Eddie Dopkin, was known for picking up trash whenever he saw it on the ground, and instilled in our team the importance of being a good citizen and keeping the neighborhood in which he worked litter free,” stated David Dopkin, Managing Member.

Driving down the road recently, it’s possible that you have seen one of Miss Shirley’s Cafe’s Sponsor-A-Highway signs. What is the Sponsor-A-Highway Program, you ask? Each year, the Maryland State Highway Administration spends millions of dollars to remove litter and debris from our local roadways. The Sponsor-A-Highway Program allows corporate sponsors to financially support sections of our Maryland highways to ensure that the roadways in our community stay clean, maintained, and most importantly, litter-free!

Not only is litter on the side of the road unsightly, it can also destroy the natural beauty of our planet, harm local wildlife, and be a potential safety hazard to motorists. Miss Shirley’s is proud to sponsor 31 signs with the Maryland Sponsor-A-Highway Program, located throughout the Maryland area.

Maryland has built a tremendous Sponsor-A-Highway Program over the last ten years, and Miss Shirley’s Cafe is proud to be a part of a program that keeps the state, city and communities we love, clean and litter free!

Miss Shirley’s looks forward to continuing #ShirleysGiving throughout the rest of the restaurants 10thAnniversary Year. Further updates on the restaurant's charitable campaign will be sent in the upcoming months, through February 2016. 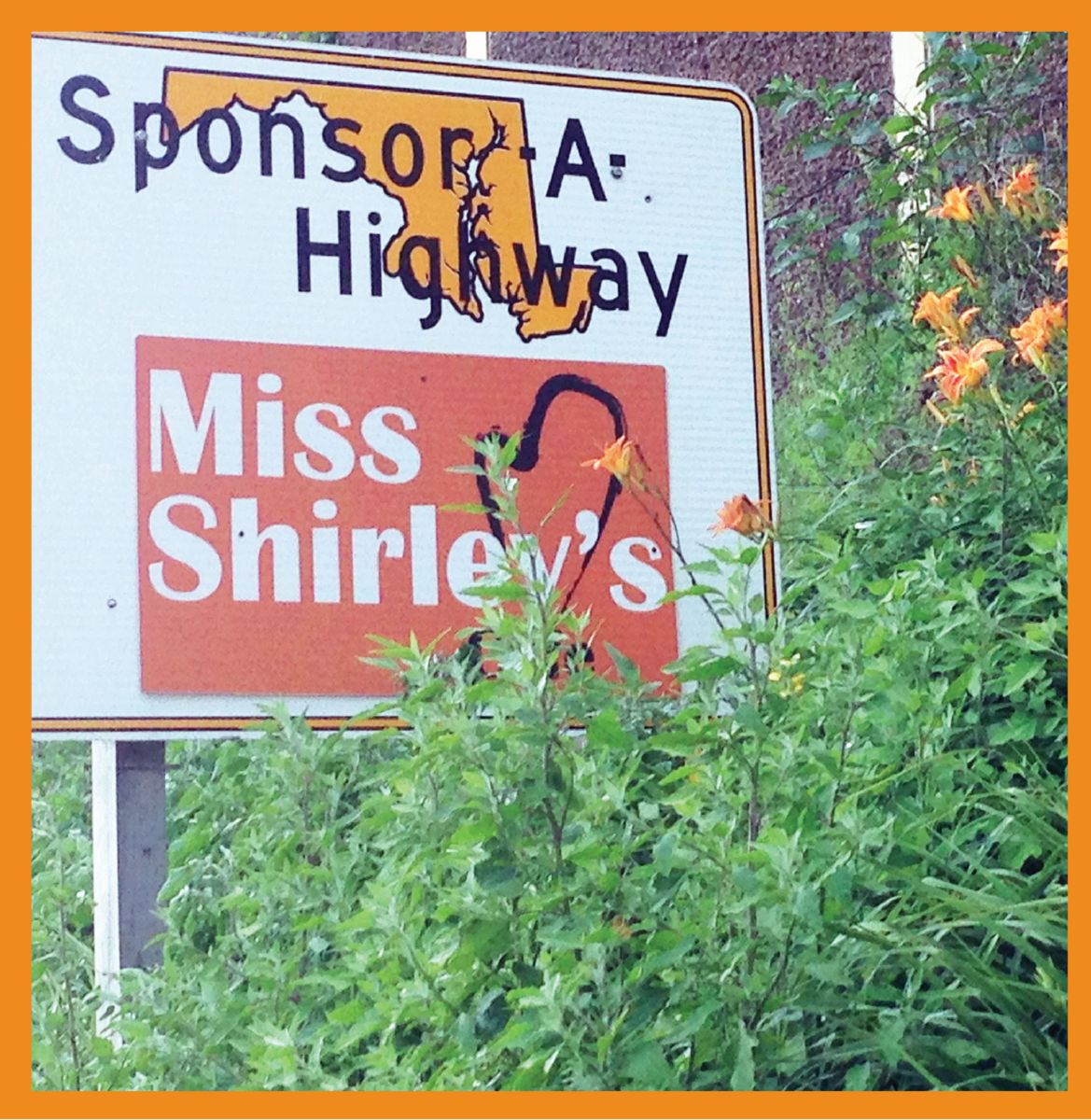