Founded in honor of O.J. Brigance, a former Baltimore championship football player who was diagnosed with ALS in 2007, the Brigance Brigade Foundation understands that ALS truly BITES!

That’s why they are working with Bars, Restaurants & Cafes statewide during ALS Awareness Month, to help raise funds and awareness for patients and families living with ALS, a motor neuron disease, also known as Lou Gehrig’s disease.

In support of the “ALS Bites!” campaign & in honor of O.J. Brigance, Miss Shirley’s Cafe will be donating a portion of Shirley’s Crush & Orange Juice sales to the Brigance Brigade Foundation throughout the month of May!

When visiting any Miss Shirley’s location, share your drink photos on Twitter and Instragram using #ALSBites & be sure to tag @MissShirleys & @BriganceBrigade. 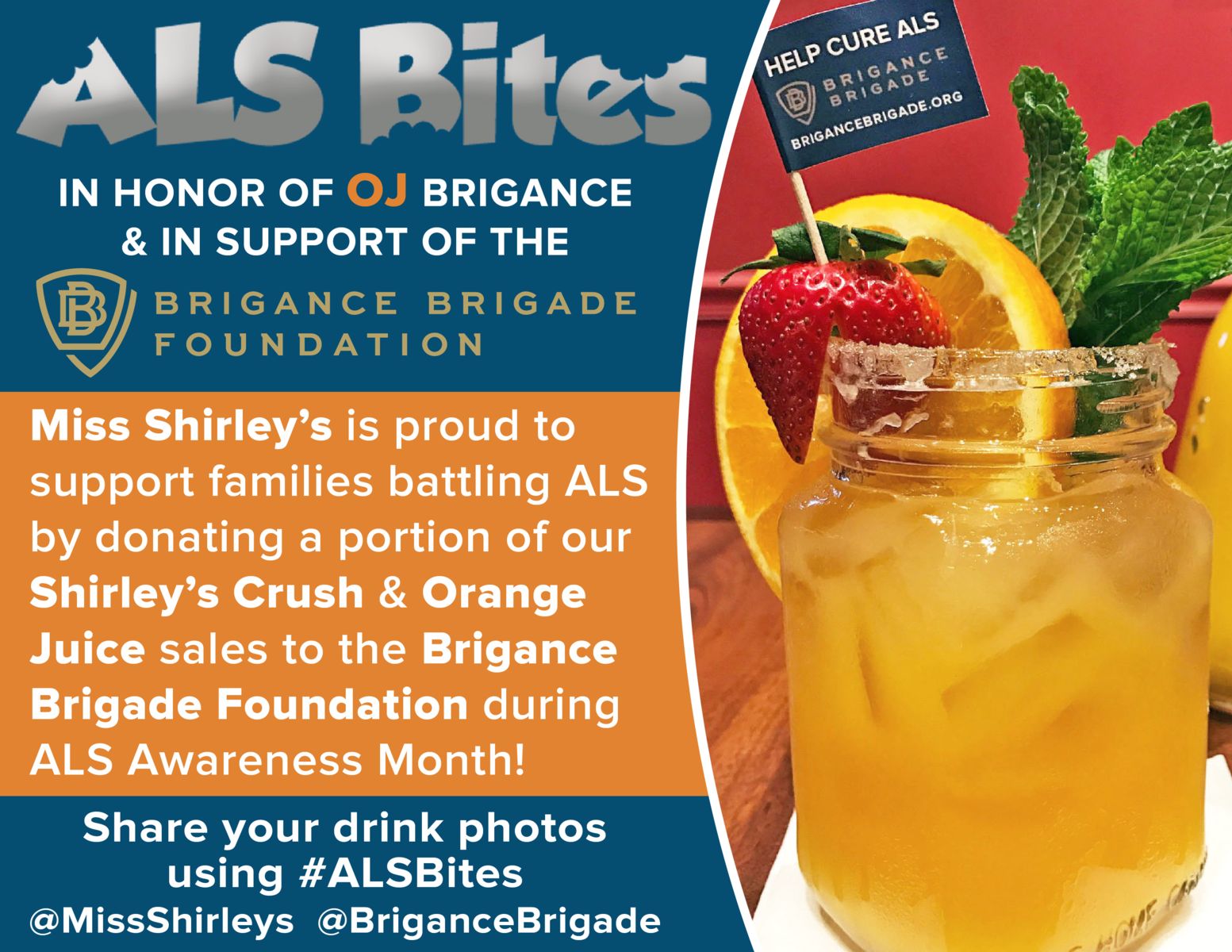