In October 2013, Miss Shirley’s beloved founder, Edward L. Dopkin (“Eddie”) passed away.  Not only was Eddie the visionary behind the Award Winning Breakfast, Brunch, and Lunch establishment, he was also a partner with The Classic Catering People, Maryland’s largest off-premise social and corporate caterer.

Eddie came from several generations of food producers and purveyors, including his parents, whom he worked alongside to learn the industry firsthand. A Baltimore native and celebrated restaurateur, his business savvy and passion for the food business helped him develop concepts for both full and quick service restaurants throughout Maryland.

Over the years, Eddie was awarded numerous honors by the Restaurant Association of Maryland (RAM) including, The Otto Schellhase Award in April 2003, Restaurateur of the Year for Miss Shirley’s Café in 2006, and Caterer of the Year for The Classic Catering People in 2007. Eddie also served as Chairmain of the RAM Board in 2004.

Although widely known as a popular and successful restaurateur, Eddie was also a whole-hearted philanthropist and driving force within the community. His passion and generosity were infectious, and the most important things in his life were family, friends, and food; which is why he has passed on his legacy to his son, David Dopkin, who is now the owner of Miss Shirley’s Café.

When in meetings with his Classic partners or restaurant team, the “first course” of business on Eddie’s agenda was always donation requests and team member based initiatives. From gift cards and turkey dinners to the circus, ball games and milestone celebrations, the “first course” was always based in giving; which is why David Dopkin and family have created a Culinary Scholarship to honor and celebrate the life and memory of Eddie Dopkin.

Earlier this month, on April 6, 2014, the Dopkin family attended the RAM Away at the Bay Annual Awards Gala, where David Dopkin and Harriet Dopkin, of The Classic Catering People, had the honor of presenting the newly founded scholarship to it’s first ever recipient, Sandra Maye of Stratford University.

Congratulations Sandra! And you will forever remain in our hearts and thoughts, Eddie. 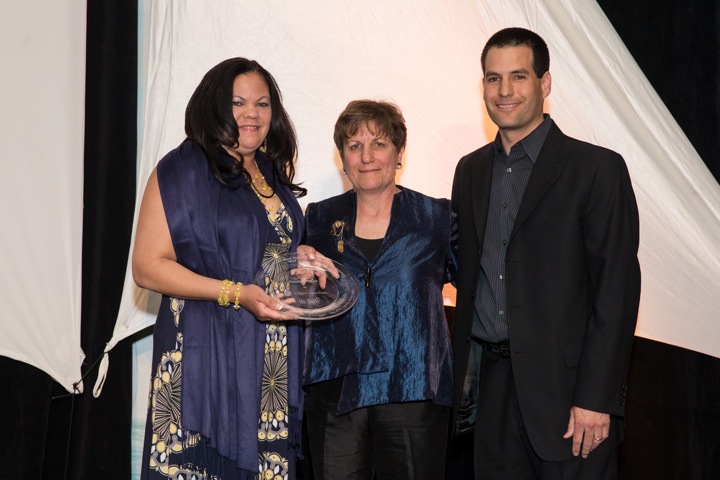 David Dopkin of Miss Shirley’s Café and Harriet Dopkin of The Classic Catering People presenting the “Eddie Dopkin First Course Award, Honoring Entrepreneurship in Hospitality” scholarship at the Restaurant Association of Maryland’s Away at the Bay Gala on April 6th.