Thank You For Voting!

We are excited to announce that Miss Shirley’s Café was named the 2014 Best of Baltimore Winner for “Best Breakfast” in Baltimore Magazine’s August issue!

Baltimore Magazine reads “With its Southern spin on the most important meal of the day, there’s nothing like breakfast at Shirley’s. What’s not to like, as we work our way through a trio of breakfast sliders (pulled barbecue chicken and pimento cheese really gets us going) or Coconut Cream Stuffed French Toast. (Dessert and breakfast on one convenient plate!) It’s not easy to become a Charm City institution after a mere nine years, but Miss Shirley’s has done it!”

The entire Miss Shirley’s team would like to send a big “THANK YOU” to all of our loyal guests and fans who voted in the Readers’ Poll this year – it truly means the world to us! 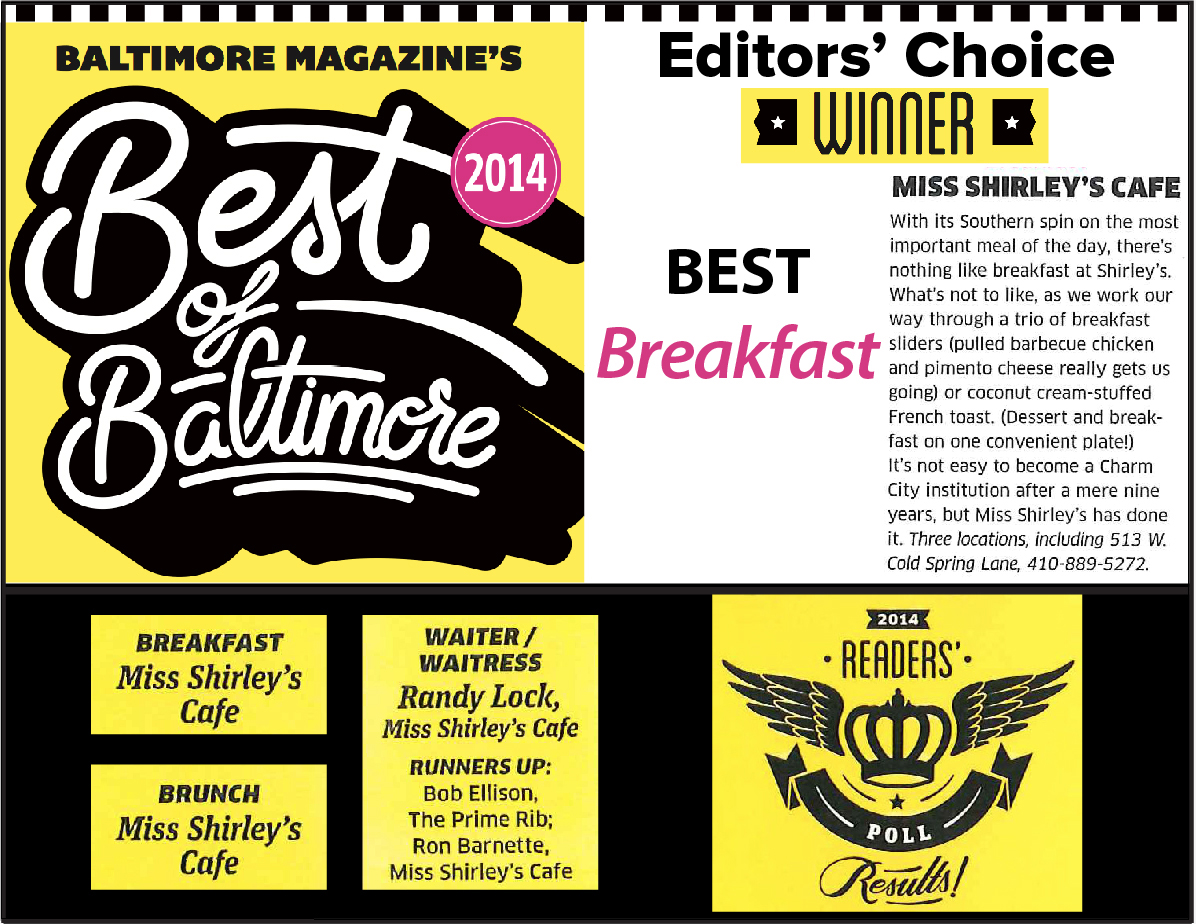